My Second Memoir Will Be Launching This Year 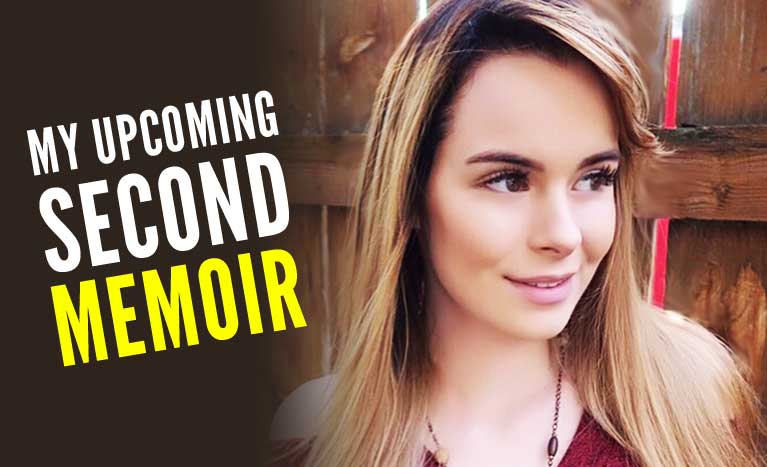 My memoir is coming this year.

Check out my first book here. This upcoming memoir includes many stories about my streaming career. Here’s an excerpt:

My early cooking streams increased my viewer count because no streamers were cooking yet. Viewers enjoyed the changeup from gaming.

They could watch 1000s of gaming streams, but who tuned into Twitch for cooking?

There wasn’t much variety on Twitch, and management saw the variety in my cooking streams (and their popularity), so they changed their platform to add some diversity.

My viewer count was growing.

Watching a cooking stream is like engaging a story: it unfolds before your eyes as you bake the ingredients, and then you view the ending for the first time ever—good or bad, depending on the recipe and skill of the chef. A clean kitchen is also important to making a successful cooking stream.

Many streamers don’t get that and they let pets roam in the background.

Watching a cat walk on counters over food or someone slurping their fingers after dipping them in the batter is gross and unappealing. Being interactive and allowing Chat to participate in the cooking story makes it challenging and fun for viewers: they can remind me of timers going off, or I can ask them how many tablespoons are in a cup, or they can tell me smoke is coming from the oven behind me!

After I streamed cooking for a month, Twitch called me and said, “Hey Gubba, we really enjoy your cooking streams, and we are hosting a big cooking event on the Front Page tomorrow. We’d like to feature you. Can you do a cooking stream for the duration of our event, plan something awesome and unique.”

With only about 100 concurrent viewers on my stream, I was elated. Any exposure on the front page of Twitch can translate into 3,000 to 10,000 simultaneous viewers for that event, and some might become subscribers.

I was ready for my front page screen time—to be seen by THOUSANDS of people tuning in worldwide! I was so excited that I prepared an epic 12-hour, baking stream event. I thought the idea of cooking and baking for 12 hours was unique.

Who in the world would bake for 12 hours straight?!

Of course me because I was one of the first streamers doing it and I had over a month of cooking streams. I could do this! It was my time to shine, a once-in-a-lifetime chance to catapult myself into big-time streaming! I spent the rest of the day and then all night (with a two-hour nap) preparing, and when morning finally came, I was tired, nervous and excited but this was it! I couldn’t believe I finally had a chance to make it big.

I had been leading the way for other streamers to start cooking on their channels.

Now my hard work and vision would finally pay off.

The front page started and I watched my viewer count rise to about 5,500.

I started into my recipe full force, only to look at my viewer count a few minutes later and see it drop back down fast—all the way to about 400. I later learned I was on front page for about five minutes before they replaced me with a bigger girl streamer—she was cooking ONLY for this event and had never done a cooking stream before, but she was an established star on Twitch, so she got the front page for the rest of the day. At the moment front page switched to her stream, it was only her “starting soon” screen—she wasn’t even on yet.

My lively cooking show was traded for a lifeless thumbnail.

I was disappointed; I had just prepared my monolith cooking stream, with Twitch Kappa Cakes as the grand finale.

I was up ALL NIGHT

planning a huge interactive experience, and someone else eclipsed me: she was already huge in followers, viewers, and everything else, a star streamer, so she didn’t need the extra coverage. I had my five minutes of glory, but the rest of the day was hers.

I continued with my prepared recipes, but my stream was seen only by my current viewers (no front page). I was disappointed, but happy to be cooking with my community and sharing laughs and memories together.

I vowed to one day be back on the Twitch frontpage.