Episode 5 Of The Frankie Ravens Series 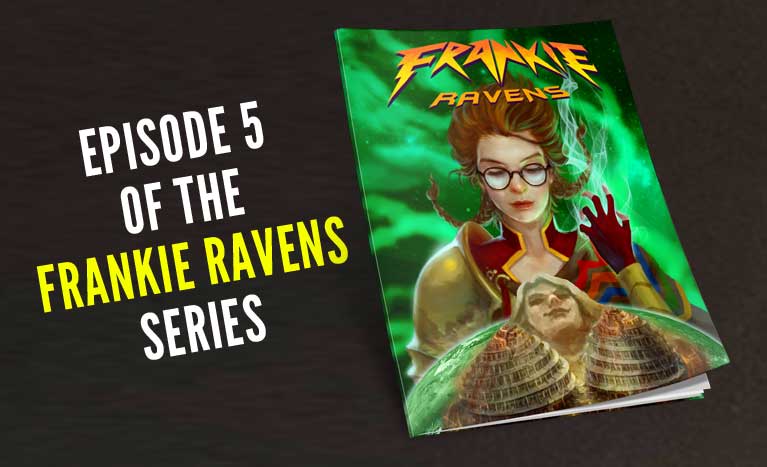 Episode 5 of the Frankie Ravens series is about the influence of Tech and social media on our lives.

If you follow my blogs, you already know I recently disconnected from mainstream TV platforms because I kept investing time into a new TV series only to find out—a couple seasons in—that someone with a political agenda sprinkled messages in the story—like pepper in popcorn

One of my favorite movies of all time is The Sound of Music, and you might say that story has a few messages, and to some degree it’s OK, because a good plot makes a story more interesting, but lately the messaging seems excessive. To me it’s like a form of mind control. And every day, some owner of a big tech company is doing something to affect our lives.

The world has so much rioting and fighting and destruction on a daily basis that sometimes I just feel like opening my window and screaming: “Shut-up!” We need a hero to go out and tell everyone to “calm it down” and “relax.” But those words aren’t in Frankie’s vernacular, so in Episode 5 she tells them to “Pipe It Down!”

If you follow my Frankie Ravens graphic novel series, you know I compose a song for each episode. For this, I wrote “But, No I don’t Want To” a Rumba ballad that conveys the idea that social media is addictive and sort of like a stylized dance we follow. Rumba has a history of bringing common people together to party and celebrate. In contrast, we now connect on Facebook, Instagram, TikTok, Twitter and other electronic venues, each with different rules for interacting—sort of like dance steps.

Frankie not only dances a Rumba with Wanda, the villain of Episode 5, but she also sings a song with her. Read more about “But, No I don’t Want To” here You grab me, pull me in ooo is it a sin?

Let’s go together… but no I don’t want to

I’m following and watching your every move

I’m syncing to the rhythm of your dreamy melody

Clicking left and right, I’m lost in your social tide

Adrift in your timeline… A viral sensation

Swaying side to side… but no I don’t want to

Dancing to the edge

You’re following me… but no you don’t want to

Stepping to the rhythm of my personality

A gentle RUMBA to put you under my control

Your feet are light hold on tight

Dancing alone is no fun

Swaying side to side but no you don’t want to

Stopping in this dance

I exit the platform

Leaving it all behind