Ah, spring is in the air. The birds are tweeting, and I’m shadow banned on Twitter. You won’t be hearing me tweet or getting notified of my tweets because the Twitter Overlords have deemed me a menace to society, but Why?

Well, this isn’t the first time Twitter suppressed my account. It has occurred randomly throughout my relationship with this toxic social media platform.

The process goes something like this: I’m minding my own business, tweeting as usual, my numbers dip, my followers tell me they no longer get notifications or see my tweets in the timeline, and I write Twitter Support for assistance. Just so you know: writing Twitter support is like attempting to unclog a toilet by flushing more toilet paper—you probably won’t get very far and “John” from Twitter most likely doesn’t care that your Followers don’t see your tweets anymore. Once again: I’ve been cast into the lion’s den for no apparent reason.

The answer may be similar to why TikTok shadow bans users, which I wrote about in depth here.

This time around, I don’t care to write Twitter Support and seek further guidance from the overlords about my account being “hidden”—I don’t care anymore. I have my own voice on my website, Gubbatv.com, and I’m finished groveling for help from these toxic platforms that do whatever the hell they want. I could understand them hiding my account if I was “toxic” by stepping outside of Twitter’s TOS, but I have not done anything of the sort. The extent of my tweeting is “good morning” tweets, posting when I’m live on Twitch, and various other announcements pertaining to my content.

So why do they have a need to hide my feed?

I know I’m not the only victim of ruthless, unfair treatment by a social media platform—I see innocent people’s accounts hidden in my replies. For example, I will tweet “good morning” to my 30,000 followers and I then see I have 14 replies to my tweet. I click on the tweet to see the replies and scroll through them all. Once I scroll to the bottom of the replies, I see a box that says “Show additional replies, including those that may contain offensive content” with the option to click “show.”

I used to expect the worst, thinking it was profane pictures or rude replies, but to my surprise they show me replies like “Good morning, Gubba” or “How are you today?” from various followers of mine.

I wondered to myself: “Why the heck are these replies hidden from me?” If I click their profile to see what kind of tweets they put out and what content they interact with, to my surprise, most of these people are kind and engage with innocent replies like they do with my tweets.

So why the hell is Twitter silencing their voice?

If you scroll through Twitter, looking at various accounts and tweet replies, you will see the toxic nature of the online world. While ruthless comments, abhorrent pictures, and disturbing content riddle the Twitter platform openly, innocent “Good morning, Gubba” replies are hidden from view. Just as TikTok appears to allow animal abuse openly on its platform, Twitter appears to silence the good and allow the evil. Why?

This past week I noticed that my usual Followers—who engage with every tweet—are no longer engaging. I found it odd, but then one of them told me they are no longer notified of my tweets. If, in your Twitter Settings, you allow notifications from my Twitter account, then you should receive an alert to your phone when I tweet. These alerts no longer go out (I’m shadow banned). Along with my own notifications being suppressed, I am witnessing first-hand that my tweets are not appearing in the Home feed.

I tweeted about my new song, “But No, I Don’t Want To,” dropping. Usually right after I tweet, my tweet appears in the Home timeline. This time, my tweet was nowhere to be found. Although Twitter said it was posted, it was missing from the timeline—meaning no one could see it on their Home feeds. I knew something was amiss and realized quickly that I was indeed shadow banned, AGAIN. I was sent into the abyss with other innocent “Good morning, Gubba” tweeters to swirl around in oblivion. Maybe Twitter hopes we take this downtime as an opportunity to re-educate ourselves… Who knows?

I have learned this: We need a social media platform that’s truly unbiased and doesn’t flippantly send people to “re-education camps” whenever the Overlords feel it necessary. If I wasn’t a social media influencer, I’d have nothing to do with these pp-poopoo platforms, but unfortunately, they are one of the primary methods I use to communicate with my audience.

Situations like these have inspired me to find my voice and begin blogging directly to my audience at GubbaTV.com. I want communication with my audience that isn’t manipulated by some sweaty “John” sitting in a cubicle who doesn’t like me or my content. Maybe it isn’t a sweaty “John” but rather, an objective algorithm that runs through our engagement and instantly shadow bans based on what we engage with… Who knows?

Let me leave you with some questions to ponder:

Do you ever (like I do) get creeped out after you talk about something and then an ad for this specific item pops up in your social media feeds?

Am I the only one perturbed about the invasion of privacy?

How long will we deem this acceptable and laugh about it?

Who gave these platforms the right to invade our lives?

What effect does it have on society?

Are you okay with your voice being taken away, or “twisted”? 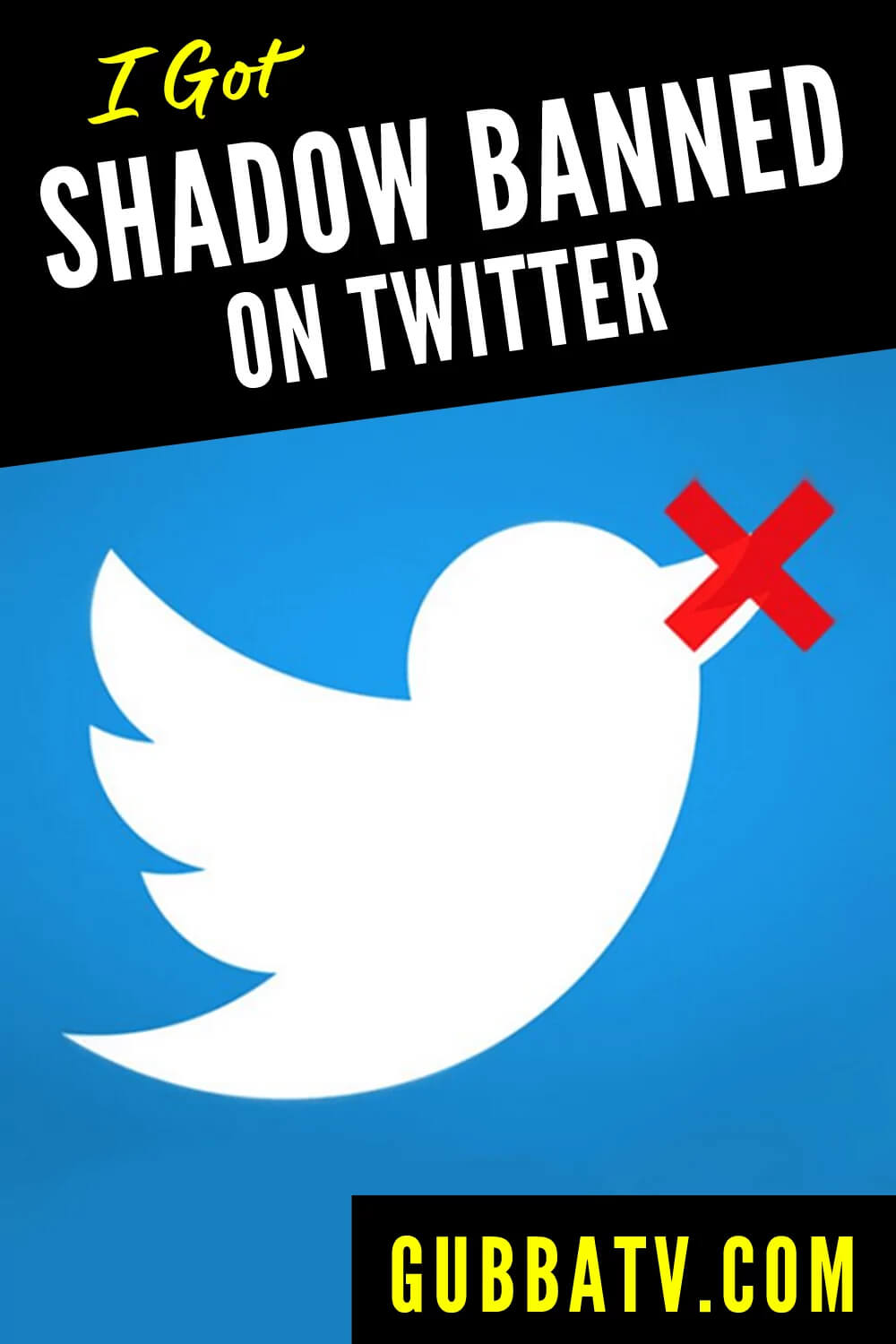