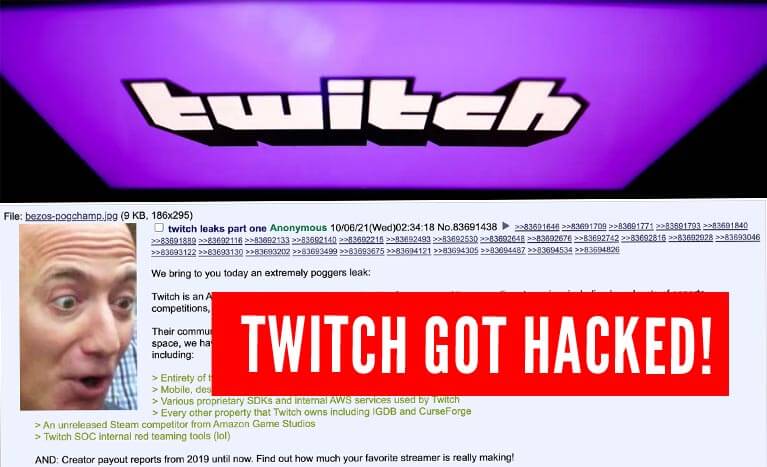 Did you hear about the latest global data breach?

As if Twitch hadn’t already dug a grave for themselves by banning Dr.Disrespect, and with both DrLupo and TimtheTatMan leaving to YouTube Gaming, Twitch definitely is about to get buried in a trench.

Twitch servers were hacked, with massive amounts of information leaked, including a list of its top earners which you can see here: 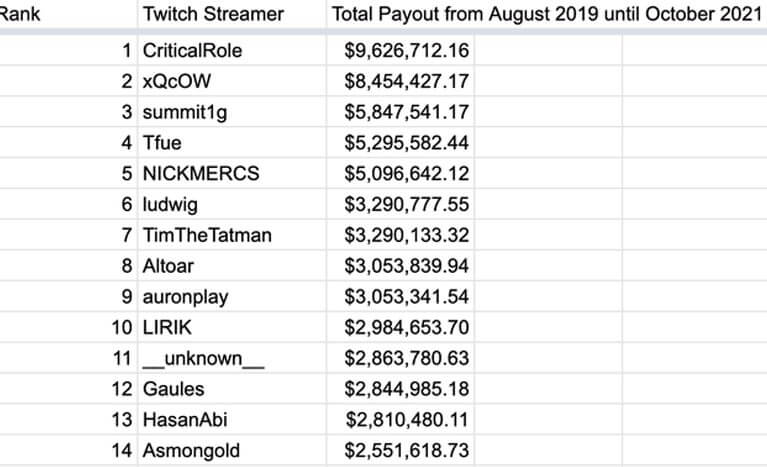 Wow. This data breach gives a glimpse into what top streamers earned on Twitch from late 2019 to now, starting with CriticalRole, with revenues approaching $10 million dollars. It’s safe to assume these revenues include subscriptions and advertising but no outside sponsorship numbers. Various streamers from the top earnings list have confirmed these numbers seem accurate.

How will streamers on the platform feel about seeing the incomes of fellow streamers?

Over 100 GB of data was posted online, linked to by numerous hacker forums and labeled as “Part 1.” I’d assume there will be a slow drip of data, with other sensitive content to follow. Supposedly, the leak contains internal files, (previously) accessible to Twitch employees only. I can’t help but wonder what the heck is hidden in there… Will any of these files reveal why they banned Dr.Disrespect?

How did Twitch get hacked?

Obviously security was lacking. Maybe their Norton anti-virus wasn’t up to date. Maybe a disgruntled employee, swept away by last year’s Me-Too movement, is serving us some karma. Who the heck knows? Twitch has been under fire lately for not providing viable harassment protection tools to streamers, and for planning to roll out pay-to-win operations under the guise of “boosting” their website. There was a movement in September called “A Day Off Twitch,” where various streamers and community members took a day off streaming to protest against Twitch.

The anonymous poster of the leaked data called the Twitch community a “disgusting toxic cesspool” and indicated they leaked the information to create disruption and competition in the video streaming community. Were they referring to the Twitch HQ and staff as a toxic cesspool, the streamer community, or both?  Are they combating that perceived toxicity by gut-punching Twitch with this hack?

Guess we’ll find out more when part 2 rolls out. Here’s a glimpse of the goodies supposedly leaked in Part 1:

> The entirety of twitch.tv, with history going back to its early beginnings

> Data from all platforms Twitch owns, including IGDB and CurseForge

Yikes! Twitch better put on their stink goggles and plug their nose because they’re about to be taking a big dive. Cowabunga! 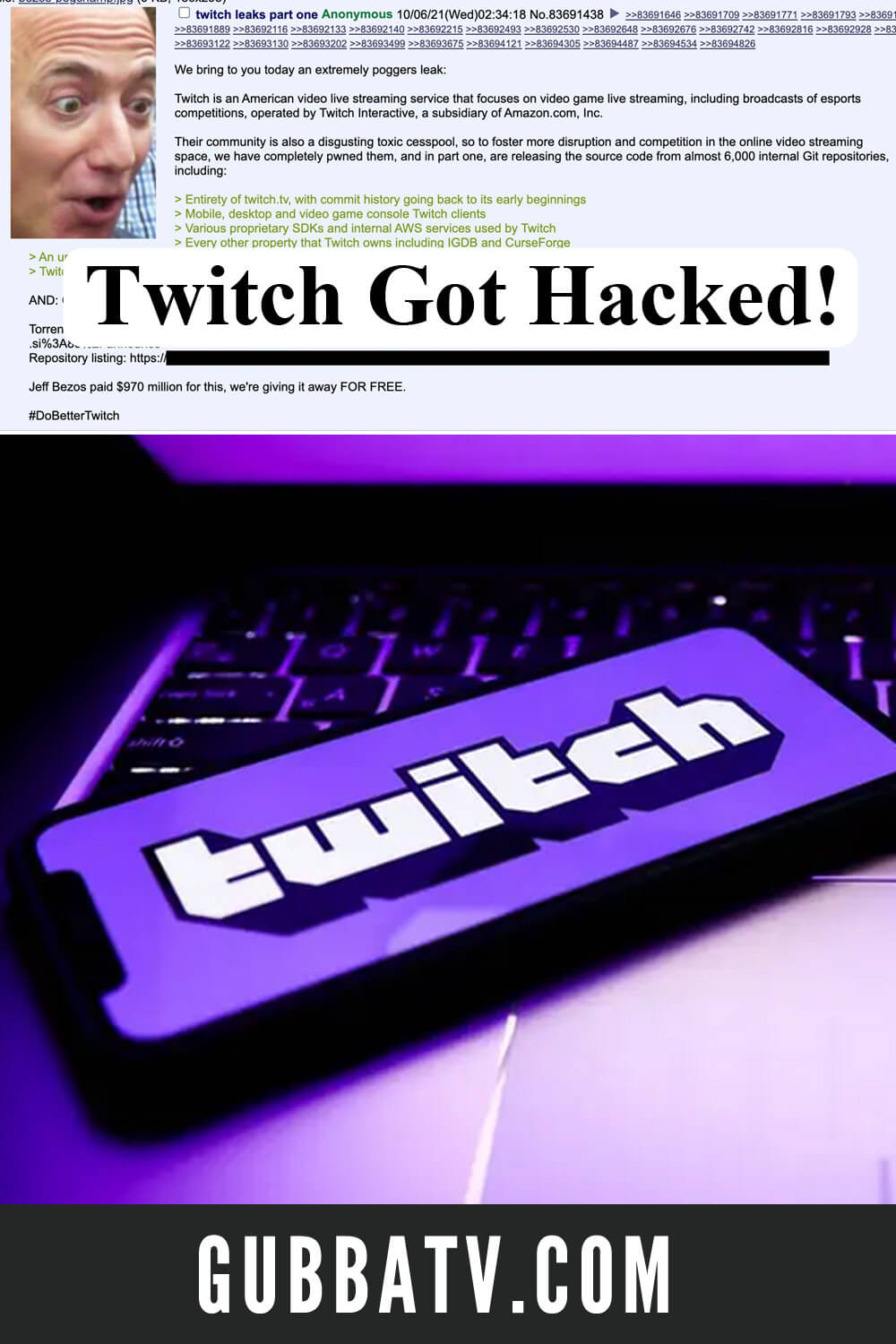