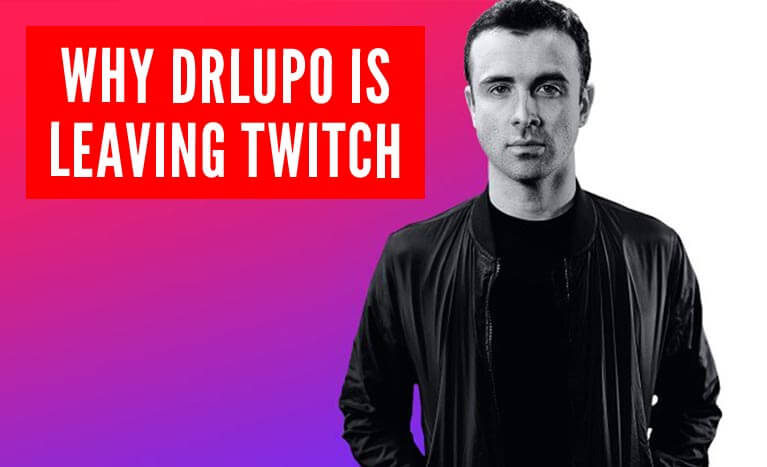 DrLupo recently announced that he’s leaving Twitch to stream exclusively on YouTube—a move other top Twitch creators have made. CourageJD and Valkyrae made the jump to YouTube in 2019 and 2020, respectively. Dr. Disrespect, a former Twitch elite and top-ranked Twitch streamer, was banned by Twitch (under mysterious circumstances) in 2020, but he ultimately found refuge on YouTube Gaming.

Why did DrLupo leave Twitch?

Is a mass exodus occurring behind the scenes but we only catch glimpses of it when high profile creators abandon ship?

“Twitch is not safe right now. It is not safe to stream. People are being attacked beyond just hateful messages. It’s become dangerous.”

Maybe Twitch is no longer a safe place?

Recently, hate raids have run rampant on Twitch, spreading contentious, angry messages. This hurts creators and viewers alike. Is the Twitch platform spiraling out of control with large creators hopping into life boats to paddle the heck out? Could this apparent downfall in the Twitch environment be pushing creators to other streaming platforms like YouTube Gaming and Facebook Gaming?

A savvy friend of mine mildly consumes Twitch but is familiar with prominent creators and the gaming industry in general. When I mentioned DrLupo’s departure for YouTube Gaming, they said: “Well, duh.”

This makes me wonder if others are aware of something I’m not. I spend my days totally immersed in Twitch, so maybe I’m not seeing the forest for the trees. So I asked: “Why duh DrLupo is leaving Twitch?”

It’s interesting that a mild consumer of Twitch says it sucks. Are viewers growing tired of Twitch and moving on to other gaming platforms? According to the 2020 Streamlabs Quarterly Report, Twitch still dominates the market with 65% of the almost 30 billion hours of streams watched. Facebook and YouTube Gaming both increased significantly in hours watched compared to 2019.

This makes me wonder: How much of a deal did DrLupo get from YouTube Gaming?

The details haven’t been shared, but DrLupo said he’ll be “secure for life” when speaking with The Washington Post. Woohoo! Apparently it’s a massive streaming deal.

DrLupo was exclusively signed with Twitch in 2019, but that contract must have terminated for this new deal to barrel through. He began streaming exclusively with YouTube Gaming on August 31st. I’m unsure of the duration of the new contract, and maybe DrLupo will find his way back to Twitch someday like his friend Ninja did. Ninja briefly left Twitch for Mixer; then he returned to Twitch after Mixer dissolved.

I’m happy to hear about the success of DrLupo and his family. He is truly a generous and kind human being, along with his hard-working wife. Cheers to good people finding success!

Check out my most recent streaming blog that discusses xQc and his thoughts on streaming success.